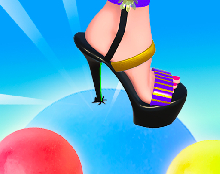 Playing Merge Smash requires you to use your sword skills to Knock Off opponents. Not just any old weapon, mind you; you'll be able to try out brand-spanking-new ones as you compete against others from all around the globe. It'll be challenging at first, but if you get your hands on some powerful weaponry, you'll be unstoppable.

With Demolition Fortnite, you and hundreds of other opponents must overcome increasingly difficult, ludicrous, and enjoyable obstacles to win. Pick your hero, jump in with the Knockem All masses, fight other players, smash through walls, wipe out, barrel over obstacles, and shoot out of your rivals in an epic race.

You'll have a ball in Run Guys as you race through insane Killing levels and compete against other users to become the best person. Play against hundreds of all other internet players as you run, race, slide, leap, tumble, flip, punch, and smash your way over wild obstacles.