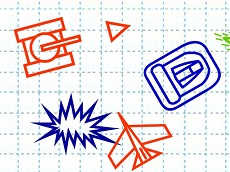 A red alert is gone in all of the Republic! It's been predicted that some extraterrestrial zombie creatures have entered Minecraft Adventure. Soldiers will be deployed to kill those creatures in these free online shooter games.

The zombies are more significant in these online shooting games, so you will need more strength and soldiers to kill them. However, you can get more soldiers in Pixel Crazy Minecraft shooter only if you have enough money and gold.

In this game, try to collect the gold and diamonds left by the aliens. You will kill the Army of Soldiers and Resistance with different strategies not to take over the Republic's control in the game. Try to be brave and fight in this Zombie shooter game.